TORONTO, July 31, 2018 /CNW/ - RNC Minerals Corporation ("RNC") (TSX: RNX) announces that its Beta Hunt Mine produced a total of 13,320 mined gold ounces in Q2 2018, a 60% increase versus the corresponding quarter in 2017. The mine has seen improvements in grade in the second quarter of this year, with the commencement of production from the Western Flanks Central and AWF 14 Level stopes. The mined grade for the quarter improved to 3.14 g/t, including specimen gold mining on 15 level which contributed 1,445 ounces of production for the quarter from recently discovered structures at the contact between the upper and lower horizons of the Lunnon basalt. The mining plan, using small scale gold mining in specimen gold areas (Air Leg/Jack Leg), will continue into Q3. 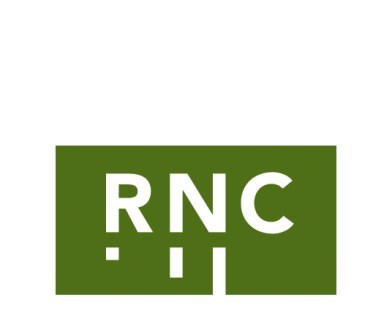 Mark Selby, President and CEO of RNC, commented, "The second quarter saw continued improvements in mined and milled grades at Beta Hunt in excess of our 3g/t target for the first time. Current tolls continue to perform well. These improvements in grade are largely a function of mining higher grade stopes in deeper sections of A Zone, Western Flanks and Western Flanks East. The discovery of specimen grade material at the Upper/Lower Basalt contact provides potential for much larger volumes of specimen grade material than at the nickel/gold contact where they had previously been mined. We continue to make good process in the final phase of the sale process for Beta Hunt towards the closing and completion of a transaction which we expect will occur in August 2018."

132 kt of material was mined at Beta Hunt at an average grade of 3.14 g/t to produce 13.3 koz during the second quarter, a 3% decrease versus the first quarter. Mined production was lower than in the first quarter due to a combination of a focus on mining the very high grade specimen gold in certain areas of the mine and the delays in completing financing for the mine in May and June which led to production constraints.

Note that production numbers are preliminary estimates and final grades and ounces can only be determined once mined material has been processed.  With delays in tolling at the end of the quarter, 126.5kt of gold mineralization, or just over 95% of material mined during quarter, remained in inventory and had not yet been processed.

RNC is a multi-asset mineral resource company with a portfolio of nickel, cobalt, and gold production and exploration properties. RNC has a 28% interest in a nickel joint venture with Waterton that owns the Dumont Nickel-Cobalt Project located in the Abitibi region of Quebec which contains the second largest nickel reserve and eighth largest cobalt reserve (the largest undeveloped nickel reserve and second largest undeveloped cobalt reserve in the world). RNC has a 100% interest in the producing Beta Hunt gold and nickel mine located in Western Australia and a 36% interest in Orford Mining Corporation, a mineral explorer focused on highly prospective and underexplored areas of Northern Quebec and the Carolina Gold Belt in the United States. RNC also has a 27% stake in the producing Reed Mine in Manitoba. RNC has a strong management team and Board with over 100 years of mining experience at Inco and Falconbridge. RNC's common shares trade on the TSX under the symbol RNX. RNC shares also trade on the OTCQX market under the symbol RNKLF.

This news release contains "forward-looking information" including without limitation statements relating to the liquidity and capital resources of RNC, production guidance and the potential of the Beta Hunt and Reed mines.